While sidelined from cycling (due to a broken shoulder), I have been noticing how many cyclist are on the roads.  It’s one of those things where, if you’re prevented from doing a thing – you suddenly notice it all around  you.  Last week, driving to work, I was idly watching a cyclist at an intersection.  We had a red light, and he was in the far right hand lane.  Out of nowhere, he suddenly started forward and for a moment looked as if he was going to shoot the red light, but he stopped as soon as he started.  A few seconds later, the light turned green and off we all went.

This got me to thinking of that bumper sticker, “Share the road” often referring to cyclist (motor and bike).  In that moment where the cyclist seemed as if he was going to run the red light, I sensed hypocrisy in the air and felt a flash of anger.  Share the road, in my opinion, means obeying the rules of road … and if a car were to run a red light, well … an observant police officer would pull him over in a flash.  What about a bicycle?  Probably not, well, not that I’ve observed anyway.

If you’re riding on the road, you’re considered a vehicle and therefore subject to obeying the rules of the road.  This being said, why do some (most, I’d venture) cyclist blow through red lights as well as stop signs?  You might have guessed by my choice of words, this pisses me off to no end.  I’m happy to share the road, but I’d ask a small favor … obey the same rules I do.  Or, if you’re going to blatantly disregard them, stop giving me dirty looks if I’m accidentally block your path when you don’t have the right of way.

According to what I read online, it seems cyclist do this for many reasons, but the main one seems to be to avoid loss of momentum.  Stopping and starting again does require much more effort on a bike, and in some cases the red light works off a sensor that doesn’t register a bicycle.  This has happened to me more than once.  I stop at the red light, another cyclist goes shooting past, while I dutifully wait for the green light which … tick tock tick tock tick tock … it takes a car pulling up to trigger.  Then again, I’m such a girl scout that I’d stop at a red light in the middle of the night with no other car in sight.  I might not stop for long, or completely, but I will stop.

This business of cars and bikes on the road is complicated.  We’re not supposed to ride on the sidewalk, but riding on the road can be a nerve wracking experience.  Given the choice, I pick the sidewalk so …. guess I’m breaking the law as you wouldn’t drive a car on the sidewalk.  Most cities just aren’t pedestrian or cyclist friendly … so, it’s up to the driver and the cyclist to be friendly.  Share the road, but … please … look before shooting that light!

Where are you now, you second-amendment God given right to own a gun owners who value your rifles and pistols above common sense gun laws that might have saved 10 lives today?

Where are you now, you lip service to caring for the people politicians who value your re-election race above enacting laws that might have saved 10 lives today?

Don’t send prayers and thoughts, do something.  Take action.  Now. 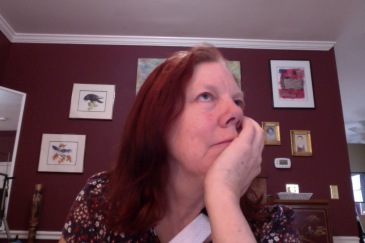 One week and two days down … I’m so OVER this broken shoulder business.  It was a novel experience, a “that was interesting” experience but I’m over it.  It annoying to figure out how to do things one handed, although I am quite proud of myself in that I managed to successfully mow the yard this morning!  Granted it’s a self propelled electric mower, and I dutifully kept my left arm in its sling, but ta-da … done!  Full disclosure … I live in a townhouse and have a yard the size of a large walk in closet, but it was a step towards normalcy.

The phrase “single handed” has taken a new and personal meaning.  To do something single handed means turning a mundane task (such as mowing the lawn) into an olympic event.  Vacuuming become Everest, washing one’s hair … herculean … putting on socks … try it and you’ll see.

It’s also, unfortunately, a handy (pardon the pun) excuse for spending an inordinate amount of time on the sofa watching tv or reading.  Can’t practice the violin, or the guitar, or any of my art projects … takes away that guilty feeling of “should” and replaces it with “can’t” … at least for the next 6 weeks and 5 days.

Born and raised in Florida, I'm a fairly recent transplant to Northern Virginia. I speak fluent sarcasm and do not suffer fools gladly (to include myself). I'm a closet writer and a public observer, and own every single Monkees Album ever produced. This synopsis is likely to change!